Welcome to ponycreators.com, we compare and review 2D and 3D pony creators for PC and mobile. From the MLP OC to Ponylumen. 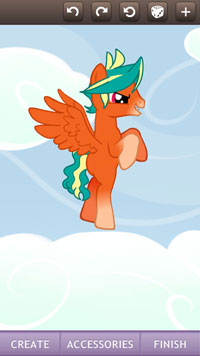 The same popular v3 pony creator tool that was created in flash is also available for Android & iOS. Though it was officially removed from the Google Play store you can still download the apk file from many sites including ours while the iPhone and iPad version is still active on the iTunes store. Click here to download it now.

The app does a great job of bringing all the customisable tools over to mobile to create your perfect MLP pony avatar while you can share your designs with friends via social media.

Create on Android or iOS 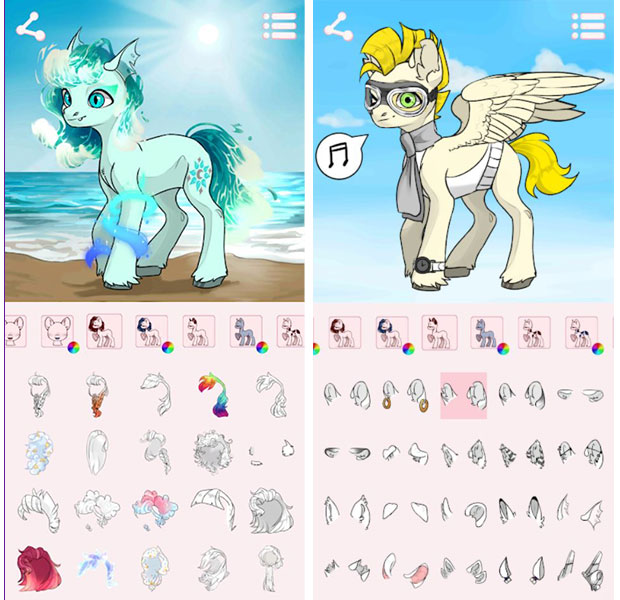 Pony creators are rather rare on Android, many get flagged as being copy cat My Little Pony apps and unfortunately are taken down. This current version by a popular avatar making studio is still up and has a wide range of options available to customise your perfect pony with everything from mane styles to tails and wings! 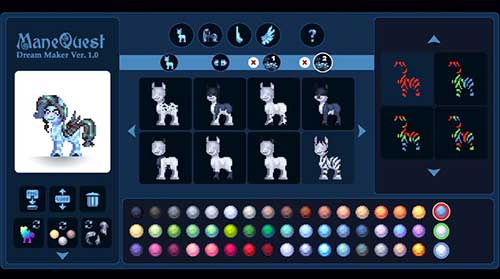 Create on Android or iOS

PC & Mac: Which Creator to Choose?

There are a range of different creators online with some offering more detailed options for designing your own pony than others. Here we list the best of the bunch and tell you what features each includes. Enjoy creating your own pony on these websites!

Developed in flash this is one of the most popular pony makers available to play in your browser. With a wide range of options including adjusting your pony's mane and tail, the game continues to be played 1000's of times every month by pony fans wanting to design their own special avatar.

Read More & Create Your Own 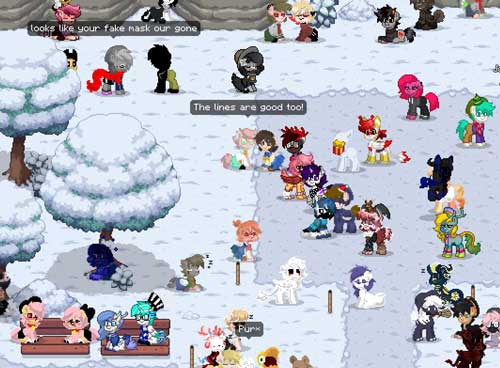 Pony Town is perhaps the best 2d pony maker out, even beating General Zoi's 2d vector tool due to the diverse range of customisable options in this game. It's not just a character creator tool though, this is going to be an expansive world with activities and fun things to do such as building a home for yourself. 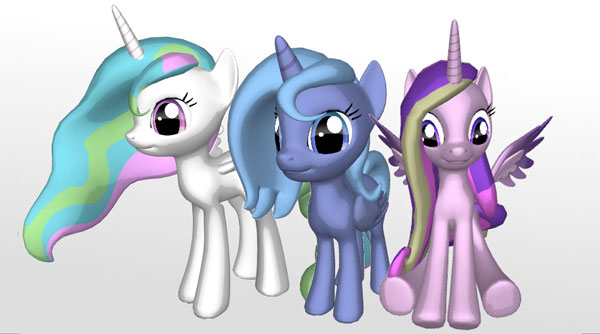 Ponylumen.net's version is worth playing with if you want more of a 3D look to your pony design. One of it's unique aspects of the 3D pony creator is the ability to animate your pony with several actions such as Trotting and Flying which helps bring your creation to life. We would also mention the ability to adjust the view of the pony in complete 3D using many adjustable body points - a great design feature.

The tool is made out of HTML5 making it quiet the achievement for browser play in 2020.

There are other features that set this model maker apart from General Zois creation too such as it's more unique range of accessories like a choice of head gear and Shoes! 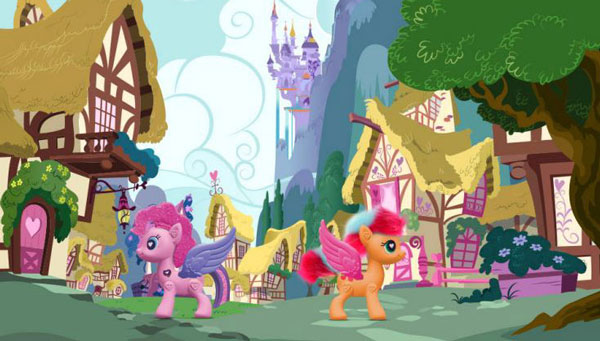 Why is it that the official games that inspire so many great independent games and apps end up being a let down? Well this official My Little Pony designer isn't quiet a let down but it's options are somewhat restricted compared to the above two. There's quiet alot you can do to make the Pony what you want such as choose a half and half type of pony to create a whole. For example you can choose Apple on the main side and Pie on the other.

You can also create more than one My Little Pony to go on your end background and reposition where they will be standing. Still for a large company like Hasbro we did expect more to delight fans of the official series. A comprehensive designer that matches more of one of the above would be very much welcome, either as a browser or mobile game. 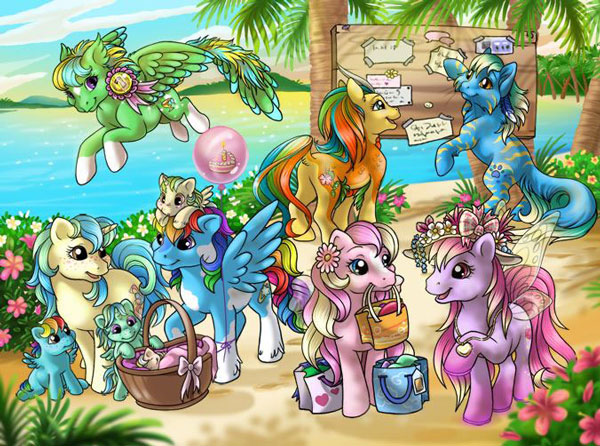 More of a breeding game than a direct pony drawing tool this one makes the list because you are still actually creating a pony just indirectly and you get some choices as to how your pony is likely to turn out. The advantage of this game is it's more of a community where you can put your pony up for competitions against other players. Check out their Pony of the Week competition.

Breed a Pony at PonyIsland.net